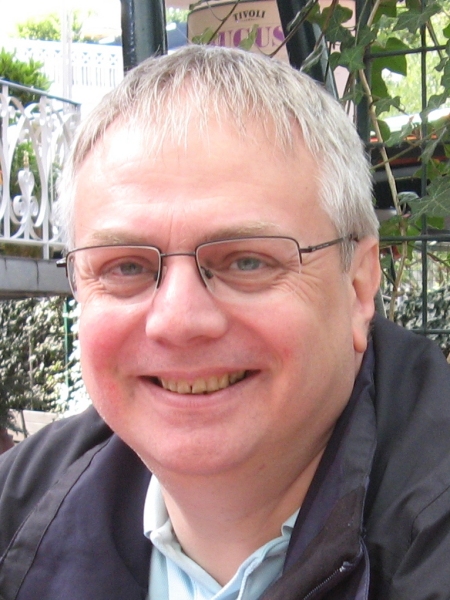 Here is my "life story". It's purpose is to tell people that read my news postings or private e-mails a little about myself. It is perhaps a bit personal, but I have always believed in playing my cards relatively openly. Besides, this way you don't have to be embarrassed by asking me personal questions. You can read most of it right here :-)

Naturally I have thoughts and feelings that I keep to myself.

I was born at Rigshospitalet in Copenhagen the 10th of May 1965. My parents were divorced soon after. For different reasons I ended up with my grandparents (on my fathers side), when I was a few years old. I have always had regular contact with my father but unfortunately I lost contact with my mother. It may sound rather sad, but that is not how I felt it. I don't remember the first 1-2 years of my life. All I remember is my grandparents who always loved me and supported me. They both died in 1999 at the age of 85. In the last years I tried to give them back some of what they gave me. 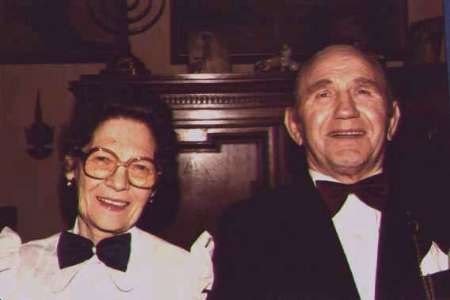 My grandparents: Solveig and Peder Lavrsen

I grew up in a suburb of Copenhagen called Tårnby.

Some of the friends that I knew as a 5 year old are still my best friends today.

As a child a spent a lot of time playing with my LEGOs, building up an entire city of these great toys.

Later I changed my interest in the direction of electronics. I must have been 12 years old when I built my first crystal radio receiver.

I was 14 years old when I got my first CB radio. People in Copenhagen may remember me as Hunter 204 and later DK 204.

Twice a week I played music with a schoolmate. He played the guitar, and I played the drums. It did not sound very good. Actually we made a hell of a noise, but we had fun. Our days as rock musicians ended, but our friendship is still intact today.

In 1981 I started in Grammar School/High school. At this time I knew that I wanted to be an electrical engineer. I used most of my energy on math, chemistry and physics. Not much energy was spend on subjects like literature and French (which I really regret now). I got a lot of new friends, and a few of them has grown to be very close friends even after we left school.

In 1982 I got my license as a radio amateur with the call sign OZ1IDD. As most I started on the 2m band. This was also the year that I got my first home computer. An Acorn BBC model B.

I became a student in the summer 1984, and after the summer I started at The Technical University. During these years I upgraded my amateur license to the highest level possible and gained access to the HF bands, and higher power. 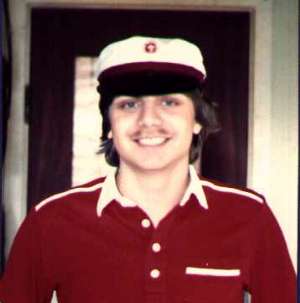 Picture of me when I graduated as a student in 1984

During my years as an engineering student I had my own little company called "Lavr Elektronik". I sold DTMF selective call transmitters and receivers to other radio amateurs. I did not become rich from this, but I had a lot of fun. It was during the years as a student, that I moved from the safe home of my grandparents to a small flat (apartment) close to the city centre of Copenhagen.

The year 1986 is special to me. This is the year where I met my mother for the first time in 19 years. It was a very positive experience. It is incredible how much she and I look like each other on the "inside". My grandmother has always said that I looked like my father and had my mother's brain. From this we can draw the conclusion that my father is good looking and my mother is smart :-)
Today I see my mother regularly. I have an older half-sister on my mothers side.
My father later re-married and I have a half-sister and a half-brother on his side.

In 1987 I finished my B. Sc. Electrical Engineering (Akademiingeniør) degree doing a project that I defined myself called "Binary Signaling for Mobile Radio Systems". I did this project in my home lab, and I invested in my first PC. An IBM XT compatible clone.

In 1988 I started as a development engineer in Motorola A/S. A real dream job for a radio amateur. I still work for Motorola, and radio communication still excites me the same way as when I started as a 12 year old with the crystal radio. The best thing about Motorola is the very nice colleagues that I work with - both locally in Copenhagen and around the world. My job has given me the chance to meet a lot of very nice people in many countries. Today I am a Engineering Manager of a base station development team. This keeps me very busy and I am always behind on my private emailing.

Our house is full of both Windows, Linux, and Mac computers. It was in December 1995 that I joined the Internet from home. Now I have two fixed DSL connections with fixed IP address and my own domain with my own web server.

As a radio amateur I can run all the HF bands up to 30 MHz all modes, the 144 MHz band all modes and the 432 MHz band on FM. I do not spend much time on long distance talking (DX). My main interest is building electronics, test them and on to the next project. The past years I have not been active.

Besides my interest as a radio ham and computer freak I also have developed a great interest for music and theatre.

I listen to any kind of music except hip-hop/rap and I also make my own music.

In classical music may favorites are Ravel, Tchaikovski and Mahler.

In jazz they are Pat Metheny, Chick Corea, Michel Camillo and that sort of music.

In rock/pop they are Mike Oldfield, Dire Straits, Pink Floyd, Alan Parsons Project. I love any female singer that can SING! My favorites are Céline Dion, Mariah Carey, Whitney Houston, Elaine Paige, Barbra Streisand, Aretha Franklin, Oleta Adams, Gloria Estefan, Regina Belle, Enya, Lara Fabian etc. There are so many. There is one artist that I love much more than any other artist: Céline Dion. I have a pretty large collection of her CDs and records. I have stopped collecting now as it all became too commercial and less fun.

My special music interest is musicals! I just love musicals. It all started with seeing Cats in London. Since then I have seen at least 20 musicals in London/New York, and I go to almost any musical that comes up here in Copenhagen. My favorites are Miss Saigon, Les Miserables, Phantom of the Opera, Blood Brothers, Sweeney Todd etc. I once managed to see 7 musicals in 6 days in London.

Céline Dion has changed my life the last couple of years. I have spent most of my time with my collection and with all my new dear friends on the Internet that I have met through email, alt.music.celine-dion and the IRC #celine channel.

At my trip to Montreal in December 96, I was going to meet a couple of Celine Dion fans and to see Celine 3 times in concert. But when I left Montreal a week later I had lost my heart to the sweetest local Quebecer girl I have ever met, Diane Chayer. So here I was in love and so far away from my love one. We were talking on the phone, email, IRC and voice chat via the Internet about 2-3 hours every day. I think we talked more the first 4 months than a normal couple would have done in two years. Saturday April the 5th 1997 I proposed to Diane and she said "Yes". Saturday May the 3rd 1997 Diane and I got married in St-Jérôme, Quebec, Canada.

In the beginning of 1999 we bought a house in Glostrup - a suburb of Copenhagen. We are very happy with it. The spring 1999 was a bit sad. My grandsparents Solveig and Peder both got ill almost at the same time. They both got in the hospital in April and May 23rd my grandmother died. One month later in the 19th of June my grandfather died.

Diane has been working for Tele Danmark. Novo Nordisk, and Leo Pharma. She currently works for Lundbeck

Want to know more about our love story and see pictures from the wedding? Check my special love story web page. 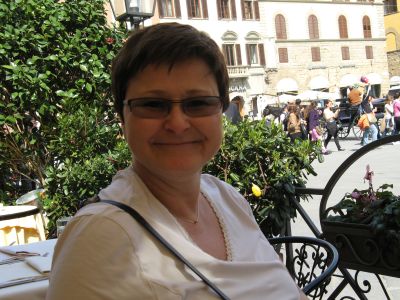 In the past years my main interest has been to participate in various open source programming projects like Motion, Open2300, and Foswiki.

I hate sports. I do not do any sports at all. Probably because I was never very good at it. The sport I hate most is soccer. I can't even stand to watch it on TV. I find it boring. That makes me a very non-typical Dane.

My latest crazy hobby is that I have stared to learn to play keyboard and I am learning to compose music. I post all my music at a cool website called iCompositions. From there you can both listen and download my music. And it is all for free.

What more can I say about myself? I am 179 cm, a few kilos too many, green eyes, dark blond hair that has gone grey, non-smoker and a disaster in a kitchen. 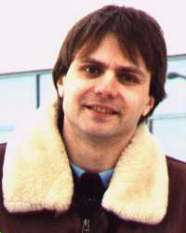 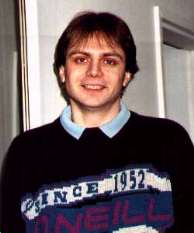 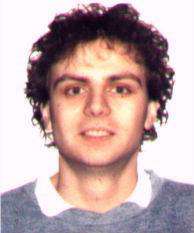 Thanks for reading my life story. I hope it wasn't too boring.
Kenneth